What the difference between assembly instructio...

Most lines will normally have an actual assembly language instruction, to be converted by the tool into its binary equivalent, but can also be a directive which tells the assembler to do something. It can also be a pseudo-instruction (one which will be converted into one or more real instructions by the assembler). We’ll look at the actual instructions available in hardware in the next chapter and focus mainly on the assembler directives here. These perform a wide range of tasks. They can be used to place code or data at a particular address in memory, create references to other programs and so forth. 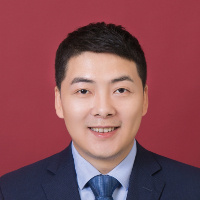