The netcat manual defines netcat as

Netcat is a computer networking service for reading from and writing network connections using TCP or UDP. Netcat is designed to be a dependable "back-end" device that can be used directly or easily driven by other programs and scripts. At the same time, it is a feature-rich network debugging and investigation tool, since it can produce almost any kind of correlation you would need and has a number of built-in capabilities.

So basically netcat is a tool to do some bidirectional network communication over the TCP/UDP protocols. More technically speaking, netcat can act as a socket server or client and interact with other programs at the same time sending and receiving data through the network. Such a definition sounds too generic and make it difficult to understand what exactly this tool does and what is it useful for. This can be understood only by using and playing with it.

So the first thing to do would be to setup netcat on your machine.

Windows version of netcat can be downloaded from

Ubuntu/Linux Ubuntu syntaptic package has netcat-openbsd and netcat-traditional packages available. Install both of them. Nmap also comes with a netcat implementation called ncat. Install that too.

Ncat is the the most featureful version and is described as :

Ncat is a feature-packed networking utility which reads and writes data across networks from the command line. Ncat was written for the Nmap Project as a much-improved reimplementation of the venerable Netcat. It uses both TCP and UDP for communication and is designed to be a reliable back-end tool to instantly provide network connectivity to other applications and users. Ncat will not only work with IPv4 and IPv6 but provides the user with a virtually limitless number of potential uses.

Netcat can be used as a telnet program. Lets see how.

Now netcat is connected to google.com on port 80 and its time to send some message. Lets try to fetch the index page. For this type "GET index.html HTTP/1.1" and hit the Enter key twice. Remember twice.

The output from google.com has been received and echoed on the terminal.

To open a simple socket server type in the following command.

The above command means : Netcat listen to TCP port 1234. The -v option gives verbose output for better understanding. Now from another terminal try to connect to port 1234 using telnet command as follows :

This is a complete Chatting System. Type something in netcat terminal and it will show up in telnet terminal as well. So this technique can be used for chatting between 2 machines.

Ncat with the -c option can be used to start a echo server. Source

Now from another terminal connect using telnet and type something. It will be send back with "[echo]" prefixed. The netcat-openbsd version does not have the -c option. Remember to always use the -v option for verbose output.

Note : Netcat can be told to save the data to a file instead of echoing it to the terminal.

Netcat works with udp ports as well. To start a netcat server using udp ports use the -u option

Connect to this server using netcat from another terminal

Now both terminals can chat with each other.

A whole file can be transferred with netcat. Here is a quick example.

One machine A - Send File

On machine B - Receive File

Netcat can also be used for port scanning. However this is not a proper use of netcat and a more applicable tool like nmap should be used.

The "-n" parameter here prevents DNS lookup, "-z" makes nc not receive any data from the server, and "-w 1" makes the connection timeout after 1 second of inactivity.

Netcat can be used to start a basic shell on a remote system on a port without the need of ssh. Here is a quick example.

The above will start a server on port 7777 and will pass all incoming input to bash command and the results will be send back.

Connect to this bash shell using nc from another terminal

Now another console can connect using the telnet command

Netcat though can be used to setup remote shells, is not a very effective method to get an interactive shell on a remote system. The most effective method is to create a reverse shell as we shall see in the next example.

This is something netcat is most used for by hackers. Netcat is used in almost all reverse shell techniques to catch the reverse connection of shell program from a hacked system.

This will require netcat to be installed on the target system. First a netcat server has to be started on local machine or the hacker's machine.

The above will start a socket server (listener) on port 8888 on local machine/hacker's machine.

Now a reverse shell has to be launched on the target machine/hacked machine. There are a number of ways to launch reverse shells. For any method to work, the hacker either needs to be able to execute arbitrary command on the system or should be able to upload a file that can be executed by opening from the browser.

First lets try to launch a shell using netcat. This assumes that

This command will connect to machine A on port 8888 and feed in the output of bash effectively giving a shell to machine A. Now machine A can execute any command on machine B.

In real hacking scenarios its not possible to run netcat on target machine and other techniques are employed to create a shell. These include uploading reverse shell php scripts and running them by opening them in browser. Or launching reverse shells by executing certain commands etc.

So in the above examples we saw how to use netcat for many interesting network activities like telnet, reverse shells etc. Hackers mostly is for creating quick reverse shells.

Netcat is often referred to as a "Swiss-army knife for TCP/IP" and the reason is because it can be used for so many different kinds of networking tasks. So try it out. 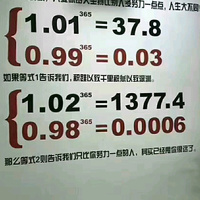