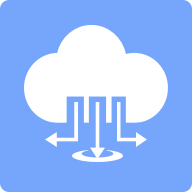 Docker is written in Go and makes use of several Linux kernel features to deliver the functionality we've seen.

Docker takes advantage of a technology called namespaces to provide the isolated workspace we call the container.  When you run a container, Docker creates a set of namespaces for that container.

This provides a layer of isolation: each aspect of a container runs in its own namespace and does not have access outside it.

Some of the namespaces that Docker uses are:

Docker also makes use of another technology called cgroups or control groups. A key to running applications in isolation is to have them only use the resources you want. This ensures containers are good multi-tenant citizens on a host. Control groups allow Docker to share available hardware resources to containers and, if required, set up limits and constraints. For example, limiting the memory available to a specific container.

Docker combines these components into a wrapper we call a container format. The default container format is called libcontainer. Docker also supports traditional Linux containers using LXC. In the future, Docker may support other container formats, for example, by integrating with BSD Jails or Solaris Zones.