This use of the \ (back-slash) character is a way we can put difficult-to-type characters into a string. There are plenty of these "escape sequences" available for different characters you might want to put in, but there's a special one, the double back-slash which is just two of them \\. These two characters will print just one back-slash. We'll try a few of these sequences so you can see what I mean.

The second way is by using triple-quotes, which is just """ and works like a string, but does you also can put as many lines of text you as want until you type """ again. We'll also play with these. 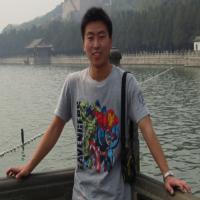