The development histories of some languages are interesting, as are their general capabilities. Here are descriptions of the most common languages in use today.

Ada is a general-purpose, high-level programming language based on Pascal. It was developed under the aegis of the Department of Defense and is especially well suited to real-time and embedded systems. Ada emphasizes data abstraction and information hiding and forces you to differentiate between the public and private parts of each class and package. "Ada" was chosen as the name of the language in honor of Ada Lovelace, a mathematician who is considered to have been the world's first programmer. Today, Ada is used primarily in military, space, and avionics systems.

Assembly language, or "assembler," is a kind of low-level language in which each statement corresponds to a single machine instruction. Because the statements use specific machine instructions, an assembly language is specific to a particular processor— for example, specific Intel or Motorola CPUs. Assembler is regarded as the second-generation language. Most programmers avoid it unless they're pushing the limits in execution speed or code size.

C is a general-purpose, mid-level language that was originally associated with the UNIX operating system. C has some high-level language features, such as structured data, structured control flow, machine independence, and a rich set of operators. It has also been called a "portable assembly language" because it makes extensive use of pointers and addresses, has some low-level constructs such as bit manipulation, and is weakly typed.

C was developed in the 1970s at Bell Labs. It was originally designed for and used on the DEC PDP-11—whose operating system, C compiler, and UNIX application programs were all written in C. In 1988, an ANSI standard was issued to codify C, which was revised in 1999. C was the de facto standard for microcomputer and workstation programming in the 1980s and 1990s.

C++, an object-oriented language founded on C, was developed at Bell Laboratories in the 1980s. In addition to being compatible with C, C++ provides classes, polymorphism, exception handling, templates, and it provides more robust type checking than C does. It also provides an extensive and powerful standard library.

C# is a general-purpose, object-oriented language and programming environment developed by Microsoft with syntax similar to C, C++, and Java, and it provides extensive tools that aid development on Microsoft platforms.

Cobol is an English-like programming language that was originally developed in 1959–1961 for use by the Department of Defense. Cobol is used primarily for business applications and is still one of the most widely used languages today, second only to Visual Basic in popularity (Feiman and Driver 2002). Cobol has been updated over the years to include mathematical functions and object-oriented capabilities. The acronym "Cobol" stands for COmmon Business-Oriented Language.

Fortran was the first high-level computer language, introducing the ideas of variables and high-level loops. "Fortran" stands for FORmula TRANslation. Fortran was originally developed in the 1950s and has seen several significant revisions, including Fortran 77 in 1977, which added block-structured if-then-else statements and character-string manipulations. Fortran 90 added user-defined data types, pointers, classes, and a rich set of operations on arrays. Fortran is used mainly in scientific and engineering applications.

Java is an object-oriented language with syntax similar to C and C++ that was developed by Sun Microsystems, Inc. Java was designed to run on any platform by converting Java source code to byte code, which is then run in each platform within an environment known as a virtual machine. Java is in widespread use for programming Web applications.

JavaScript is an interpreted scripting language that is loosely related to Java. It is used primarily for client-side programming such as adding simple functions and online applications to Web pages.

Perl is a string-handling language that is based on C and several UNIX utilities. Perl is often used for system administration tasks, such as creating build scripts, as well as for report generation and processing. It's also used to create Web applications such as Slashdot. The acronym "Perl" stands for Practical Extraction and Report Language.

PHP is an open-source scripting language with a simple syntax similar to Perl, Bourne Shell, JavaScript, and C. PHP runs on all major operating systems to execute server-side interactive functions. It can be embedded in Web pages to access and present database information. The acronym "PHP" originally stood for Personal Home Page but now stands for PHP: Hypertext Processor.

Python is an interpreted, interactive, object-oriented language that runs in numerous environments. It is used most commonly for writing scripts and small Web applications and also contains some support for creating larger  programs.

SQL is the de facto standard language for querying, updating, and managing relational databases. "SQL" stands for Structured Query Language. Unlike other languages listed in this section, SQL is a "declarative language," meaning that it does not define a sequence of operations, but rather the result of some operations.

The original version of Basic was a high-level language developed at Dartmouth College in the 1960s. The acronym BASIC stands for Beginner's All-purpose Symbolic Instruction Code. Visual Basic is a high-level, object-oriented, visual programming version of Basic developed by Microsoft that was originally designed for creating Microsoft Windows applications. It has since been extended to support customization of desktop applications such as Microsoft Office, creation of Web programs, and other applications. Experts report that by the early 2000s more professional developers were working in Visual Basic than in any other language (Feiman and Driver 2002). 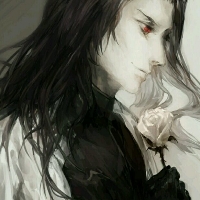 https://cs.stanford.edu/people/karpathy/deepimagesent/ Abstract We present a model that generates natural language descriptions of images and their regions. Our approach leverag......

Erlang is a general-purpose concurrent, garbage-collected programming language and runtime system. The sequential subset of Erlang is a functional language, with strict evaluati......