Breast cancer (BRCA) and the most frequent cause of cancer death in  women is a highly prevalent disease worldwide (Miller et al., 2016; Nagini, 2017). Survival rates of this disease largely depend on what stage the patients are diagnosed. Patients who are detected at an early stage have more superior survival rates. BRCA is regarded as a complex heterogeneous disease, which displays significant diversity based on histopathological features and therapeutic responses. The molecular classification of BRCA is classified into different subtypes based on the hormone receptor status and human epithelial growth factor receptor-2 (HER2) expression, namely luminal A, luminal B, HER2 enriched, and basal-like/triple negative breast cancer. Thus, the diagnostic approach and targeted therapy to breast cancer should be subtype oriented to achieve the optimal therapeutic efficiency.

Traditional diagnostic methods, such as mammography, although very effective, are limited for the fact that locoregional or distant metastasis may have already taken place before breast cancer diagnosis (O’Donoghue et al., 2014; Jafari t al., 2018). To achieve much ideal diagnostic efficiency, research groups have focused on biomarkers based on blood and saliva, which will facilitate detection of BRCA in its infancy before it has spread beyond the primary site (Duffy et al., 2015). Except for the traditional laboratory techniques, the DNA microarray technology has also been widely used to analyze gene expression among breast cancer patients.

Currently, the machine learning approaches have been utilized to help identify the genomic profiles among different breast cancer survivors who undergo varying treatment types (Cardoso et al., 2016; Tabl et al., 2018, 2019; Zeng et al., 2018). For example, Tabl et al. (2018) adopted improved learning approaches for breast cancer analysis. An unsupervised learning approach was implemented to find the separation between the treatment-survival groups of classes. And a newly hierarchical machine learning system was introduced to help predict the 5-year survivability of the patients undergoing although specific type of therapy (Tabl et al., 2019). Analyzing the genomic profiles of breast cancers contributes to a better understanding of the disease’s progression and the body response to the treatment. Therefore, the bioinformatic analysis could provide clues to find biomarkers in breast cancer and help personalize the treatment based on the patients’ gene expression.

Lipocalins (LCNs) are a family of proteins that are involved in the transport of steroids and lipids into cells. LCN2 is thought to be involved in multiple cellular processes, including maintenance of skin homeostasis, and suppression of invasiveness and metastasis (Lee et al., 2008; Venge et al., 2015; Xiao et al., 2017). Upregulation of LCN2 had been observed in multiple cancers, including breast cancer, cholangiocarcinoma, lung cancer, esophageal cancer, pancreatic
cancer, prostate cancer, and some other cancers (Leng et al., 2011; Song et al., 2015; Chiang et al., 2016; Ding et al., 2016; Gomez-Chou et al., 2017; Meng et al., 2017; Celestino t al., 2018). Studies have indicated that LCN2 can be an important regulator of tumorigenesis and metastasis and regarded as a newly identified biomarker and a potential therapeutic target for BRCA (Leng et al., 2011; Oren et al., 2016). However, studies on function of LCN1, another member of the LCN superfamily, are relative less.

Researchers have suggested that LCN1 is produced exclusively by a number of exocrine glands and tissues, including lachrymal and lingual glands, prostate, secretory glands of the tracheobronchial tract, sweat gland, and pituitary gland (Holzfeind et al., 1997; Wojnar et al., 2002). Thus, LCN1 can be expressed in tears, lingual sweat, and lower airway glands, and it can be detected in bronchoalveolar lavage fluid and saliva. Taking these facts together, LCN1 might be a potential biomarker to indicate physiological or pathological disturbance. Some studies have proved that LCN1 can function as a physiological scavenger of potentially harmful lipophilic molecules, act as a cysteine proteinase inhibitor, and play antimicrobial activities (Redl et al., 1998; Redl, 2000; Lechner et al., 2001; Wojnar et al., 2002). However, researches on LCN1 were relatively rare, and the precise biological function of LCN1 has not been fully characterized.

Currently, the relevance of LCN1 function with the tumorigenesis is still unknown. In our previous study on biomarker screening, we found that LCN1 level was abnormally downregulated in salivary sample of subjects with breast cancer compared with the healthy controls through isobaric tags for relative and absolute quantitation. To further address the correlation of LCN1 with BRCA, bioinformatic analysis was performed in this study. LCN1 expression in BRCA was assessed through TIMER and UALCAN databases. Meanwhile, genetic alterations of LCN1 were analyzed by cBioPortal database, and the correlation between somatic copy number alterations (SCNAs) of LCN1 and immune cell enrichments in BRCA was also analyzed by GISTIC 2.0. In addition, affection of LCN1 expression on the survival for breast cancer patients was also predicted by Kaplan–Meier plotter. Thus, the purpose of this study was to evaluate the potential role of LCN1 to be a biomarker for BRCA diagnosis. 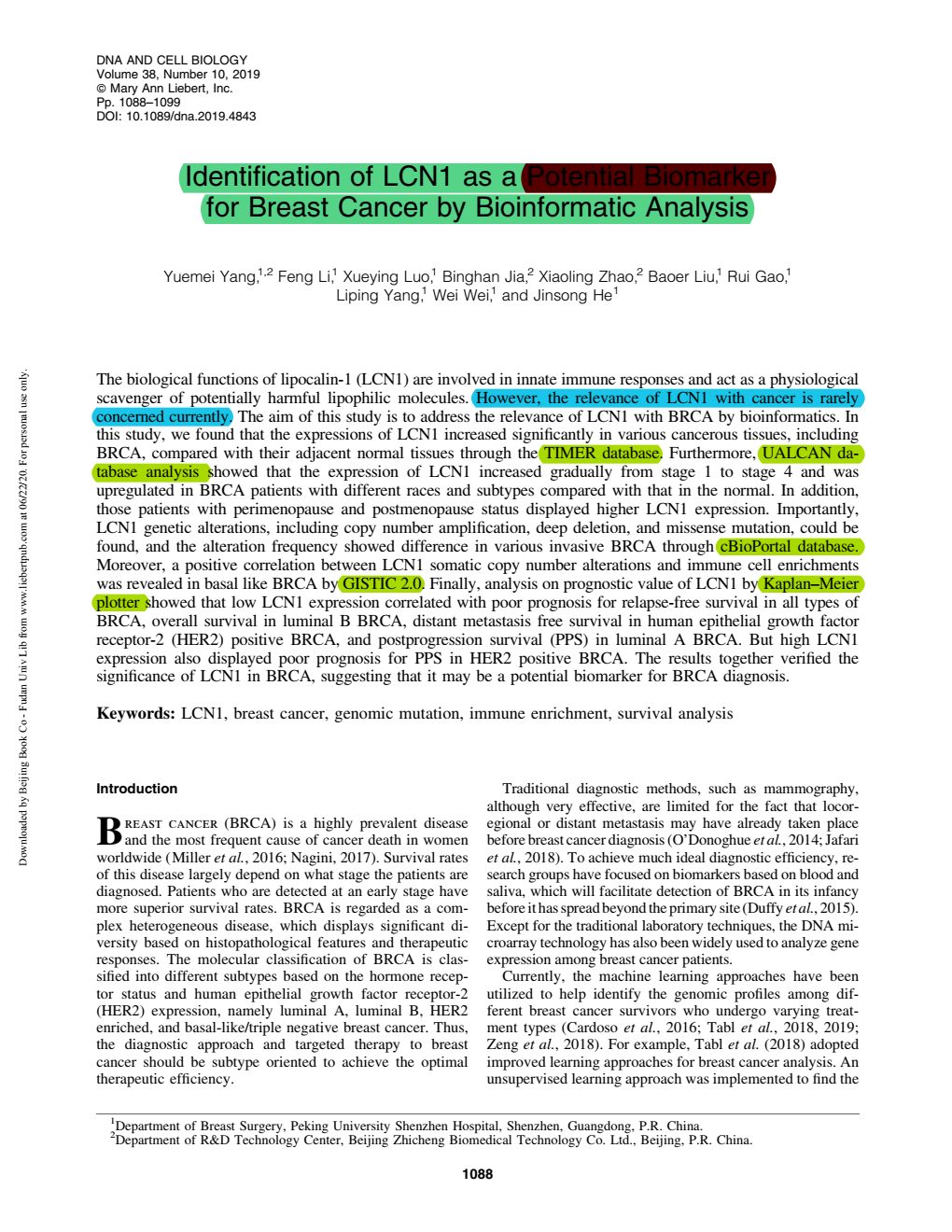 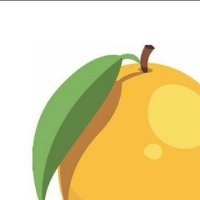