Main part: The BI-LSTMCRF model can produce state of the art (or close to) accuracy on POS, chunking and NER data sets.

In addition, it is robust and has less dependence on word embedding as compared to previous observations.

Sequence tagging including part of speech tagging (POS), chunking, and named entity recognition (NER) has been a classic NLP task. It has drawn research attention for a few decades. The output of taggers can be used for down streaming applications.

Most existing sequence tagging models are linear statistical models which include:

Convolutional network based models (Collobert et al., 2011) have been recently proposed to tackle sequence tagging problem. We denote such a model as Conv-CRF as it consists of a convolutional network and a CRF layer on the output (the term of sentence level loglikelihood (SSL) was used in the original paper). The Conv-CRF model has generated promising results on sequence tagging tasks.

1) We systematically compare the performance of aforementioned models on NLP tagging data sets;

2) Our work is the first to apply a bidirectional LSTM CRF (denoted as BI-LSTM-CRF) model to NLP benchmark sequence tagging data sets. This model can use both past and future input features thanks to a bidirectional LSTM component. In addition, this model can use sentence level tag information thanks to a CRF layer. Our model can produce state of the art (or close to) accuracy on POS, chunking and NER data sets;

3) We show that BI-LSTMCRF model is robust and it has less dependence on word embedding as compared to previous observations (Collobert et al., 2011). It can produce accurate tagging performance without resorting to word embedding.

In this section, we describe the models used in this paper: LSTM, BI-LSTM, CRF, LSTM-CRF and BI-LSTM-CRF. 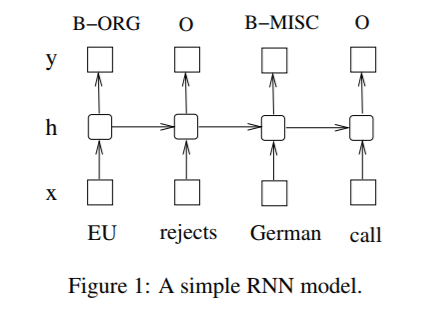 Figure 1 illustrates a named entity recognition system in which each word is tagged with other (O) or one of four entity types:

Person (PER), Location (LOC), Organization (ORG), and Miscellaneous (MISC). So, we have five taggers: PER, LOC, ORG, MISC, O 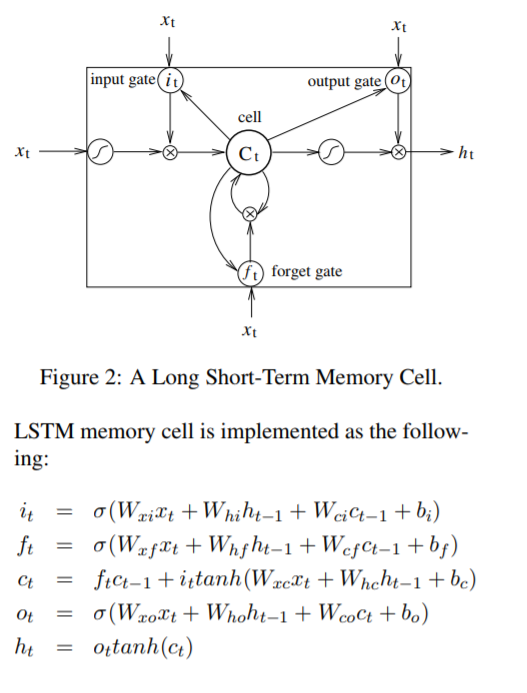 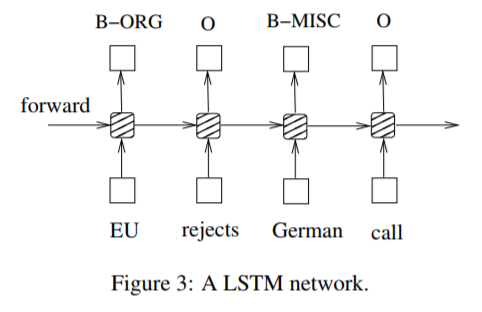 In sequence tagging task, we have access to both past and future input features for a given time, we can thus utilize a bidirectional LSTM network (Figure 4) as proposed in (Graves et al., 2013). In doing so, we can efficiently make use of past features (via forward states) and future features (via backward states) for a specific time frame.

We also need a special treatment at the beginning and the end of the data points. In our implementation, we do forward and backward for whole sentences and we only need to reset the hidden states to 0 at the begging of each sentence. We have batch implementation which enables multiple sentences to be processed at the same time. There are two different ways to make use of neighbor tag information in predicting current tags:

It has been shown that CRFs can produce higher tagging accuracy in general. It is interesting that the relation between these two ways of using tag information bears resemblance to two ways of using input features (see aforementioned LSTM and BI-LSTM networks), and the results in this paper confirms the superiority of BI-LSTM compared to LSTM. 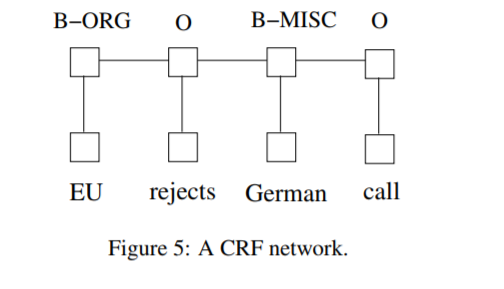 We combine a LSTM network and a CRF network to form a LSTM-CRF model, which is shown in Fig. 6. This network can efficiently use past input features via a LSTM layer and sentence level tag information via a CRF layer. A CRF layer is represented by lines which connect consecutive output layers. A CRF layer has a state transition matrix as parameters. With such a layer, we can efficiently use past and future tags to predict the current tag, 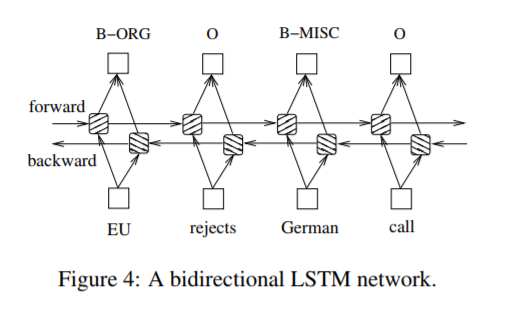 All models used in this paper share a generic SGD forward and backward training procedure. We choose the most complicated model, BI-LSTMCRF, to illustrate the training algorithm as shown in Algorithm 1. In each epoch, we divide the whole training data to batches and process one batch at a time. Each batch contains a list of sentences which is determined by the parameter of batch size. In our experiments, we use batch size of 100 which means to include sentences whose total length is no greater than 100. For each batch, we first run bidirectional LSTM-CRF model forward pass which includes the forward pass for both forward state and backward state of LSTM. As a result, we get the the output score fθ([x] T1 ) for all tags at all positions. We then run CRF layer forward and backward pass to compute gradients for network output and state transition edges. After that, we can back propagate the errors from the output to the input, which includes the backward pass for both forward and backward states of LSTM. Finally we update the network parameters which include the state transition matrix [A]i,j ∀i, j, and the original bidirectional LSTM parameters θ.

We test LSTM, BI-LSTM, CRF, LSTM-CRF, and BI-LSTM-CRF models on three NLP tagging tasks: Penn TreeBank (PTB) POS tagging, CoNLL 2000 chunking, and CoNLL 2003 named entity tagging. Table 1 shows the size of sentences, tokens, and labels for training, validation and test sets respectively. POS assigns each word with a unique tag that indicates its syntactic role. In chunking, each word is tagged with its phrase type. For example, tag B-NP indicates a word starting a noun phrase. In NER task, each word is tagged with other or one of four entity types: Person, Location, Organization, or Miscellaneous. We use the BIO2 annotation standard for chunking and NER tasks.

We extract the same types of features for three data sets. The features can be grouped as spelling features and context features. As a result, we have 401K, 76K, and 341K features extracted for POS, chunking and NER data sets respectively. These features are similar to the features extracted from Stanford NER tool (Finkel et al., 2005; Wang and Manning, 2013). Note that we did not use extra data for POS and chunking tasks, with the exception of using Senna embedding (see Section 4.2.3). For NER task, we report performance with spelling and context features, and also incrementally with Senna embedding and Gazetteer features1 .