Memories are essential to the sense of topplay identity

We learn from our personal interaction with the world, and our memories of those experiences help guide our behaviors. Experience and memory are inexorably linked, or at least they seemed to be before a recent report on the formation of completely artificial memories. Using laboratory animals, investigators reverse engineered a specific natural memory by mapped the brain circuits underlying its formation. They then “trained” another animal by stimulating brain cells in the pattern of the natural memory. Doing so created an artificial memory that was retained and recalled in a manner indistinguishable from a natural one. 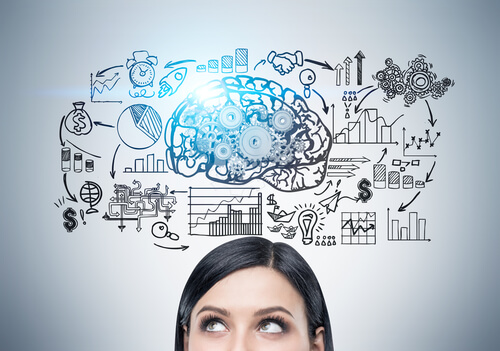 Memories are essential to the sense of identity that emerges from the narrative of personal experience. This study is remarkable because it demonstrates that by manipulating specific circuits in the brain, memories can be separated from that narrative and formed in the complete absence of real experience. The work shows that brain circuits that normally respond to specific experiences can be artificially stimulated and linked together in an artificial memory. That memory can be elicited by the appropriate sensory cues in the real environment. The research provides some fundamental understanding of how memories are formed in the brain and is part of a burgeoning science of memory manipulation that includes the transfer, prosthetic enhancement and erasure of memory. These efforts could have a tremendous impact on a wide range of individuals, from those struggling with memory impairments to those enduring traumatic memories, and they also have broad social and ethical implications.

In the recent study, the natural memory was formed by training mice to associate a specific odor (cherry blossoms) with a foot shock, which they learned to avoid by passing down a rectangular test chamber to another end that was infused with a different odor (caraway). The caraway scent came from a chemical called carvone, while the cherry blossom scent came from another chemical, acetophenone. The researchers found that acetophenone activates a specific type of receptor on a discrete type of olfactory sensory nerve cell.

These first steps showed that the animals did not need to actually experience the odor to remember a connection between that smell and a noxious foot shock. But this was not a completely artificial memory, because the shock was still quite real. In order to construct an entirely artificial memory, the scientists needed to stimulate the brain in such a way as to mimic the nerve activity caused by the foot shock as well.

Earlier studies had shown that specific nerve pathways leading to a structure known as the ventral tegmental area (VTA) were important for the aversive nature of the foot shock. To create a truly artificial memory, the researchers needed to stimulate the VTA in the same way as they stimulated the olfactory sensory nerves, but the transgenic animals only made the light-sensitive proteins in those nerves. In order to use optogenetic stimulation, they  stimulated the olfactory nerves in the same genetically engineered mice , and they employed a virus to place light-sensitive proteins in the VTA as well. They stimulated the olfactory receptors with light to simulate the odor of cherry blossoms, then stimulated the VTA to mimic the aversive foot shock. The animals recalled the artificial memory, responding to an odor they had never encountered by avoiding a shock they had never received.