a new VR headset without straps or head mount 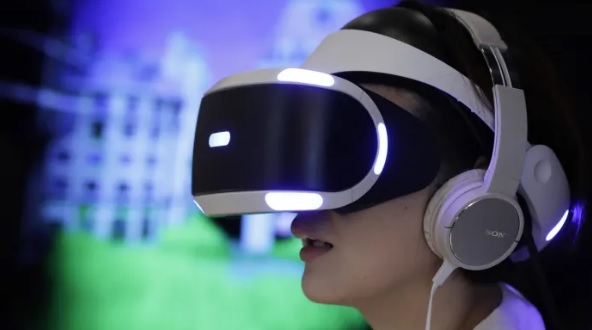 The Snacker is a 3DOF headset without straps or head mount. Instead, the headset uses a grip that allows users to hold the headset to their face during use. The grip system was developed specifically with the enterprise market in mind, so that companies can provide a solution to users and customers that has less friction and boosts engagement, while also ensuring users can avoid messing up their hair or makeup during use. The idea being that, per its name, this makes VR content “snackable.”

The headset and grip rests together on a stand, allowing anyone to easily pick up and use the Snacker headset. The stand also wirelessly charges the headset and can support 4G or 5G to keep the headset up to date without the need for a wired or Wi-Fi connection.

The headset is accompanied by a tablet that allows enterprises to control and guide users through the VR experience with ease. There is also a ‘self-serve’ version of the tablet, that allows the huc99 official user to control the experience themselves by selecting options on the tablet before raising it to their face.