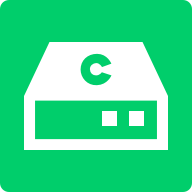 Epic Games is passing on more of its art assets to the Unreal Engine development community. The company previously made content from Paragon free for developers. Now, it is going to continue that program with a year of asset drops. This includes art and more from the Epic’s classic iOS Infinity Blade adventures. On the first Tuesday of every month beginning November 5, Epic will roll out these content packs into its Marketplace. This is in addition to five new packs of Infinity Blade assets that include over 1,000 pieces of content. The new Infinity Blade packs are available now and join seven previous asset packs from that game. Epic claims that this represents over $4 million in investment that it is giving away to devs to use for free for their games.

Epic Games is best known as the company that produces the battle royale shooter Fortnite. But its primary business is creating the Unreal Engine development tool set. The company has worked for years to make Unreal appealing to both large and small developers. And part of that process includes adding free content to the marketplace for studios that don’t want to build all of their art assets from scratch.

In March 2018, after closing its multiplayer online battle arena Paragon, the HUC99 company added over $12 million worth of assets from that game to the Unreal Engine Marketplace. It later expanded that to $17 million and then also brought $3 million in Infinity Blade content to the service.

Developers are free to use the content in their own commercial games made in the Unreal Engine. This benefits Epic because it takes a cut of Unreal games sold on other stores. Or it can now even sell it through its own Epic Games Store.