Orba is an controller with gesture control and haptic feedback

Nashville-based tech company Artiphon has a new music-making gadget up for backing on Kickstarter called Orba. The Orba is a small, handheld device that’s a synth, looper, and controller all in one. It’s shaped like a halved grapefruit, and mimics the gestures used on smartphones and trackpads to let you make beats and play around with sounds with a variety of motions. 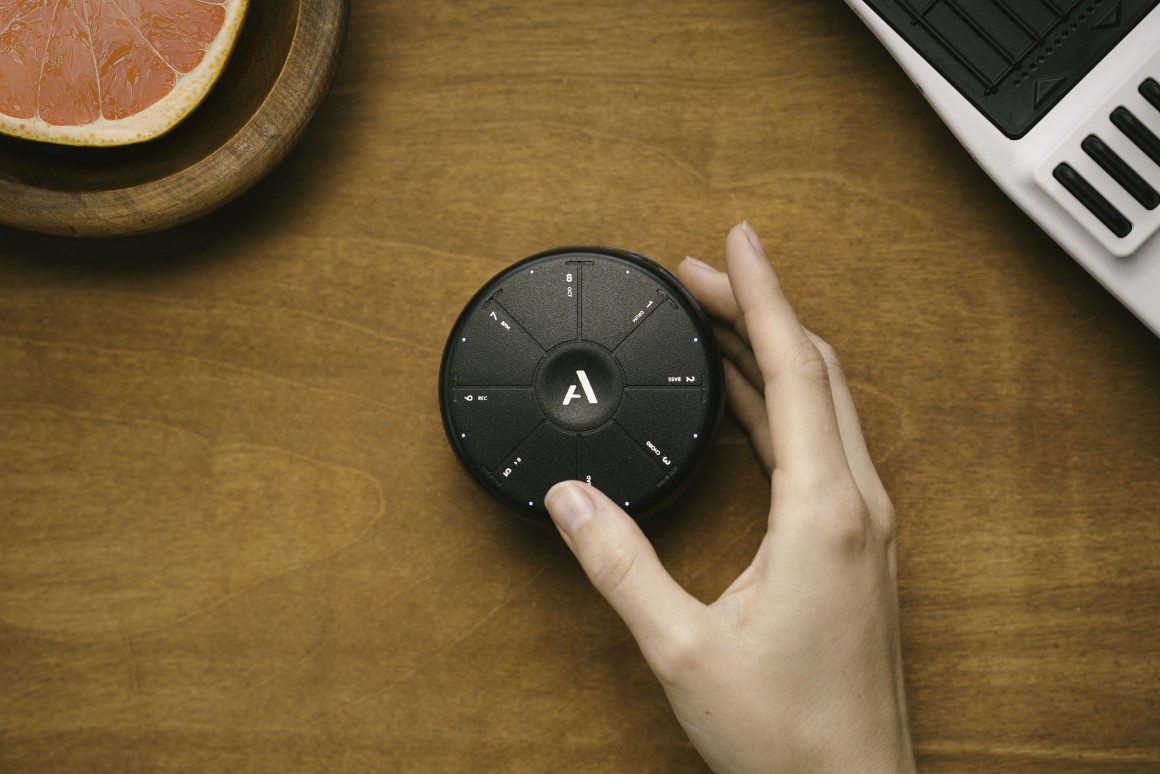 The flat top of the Orba is divided into eight segments that let you stack drum, bass, chord, and lead layers, and operate basic controls like record and pause. Then, the center acts as a menu button for cycling between features like presets and the looping function.

There is a lot packed into this tiny device, which takes it far beyond just tapping a button and getting a sound. It’s velocity sensitive and has an onboard accelerometer and gyroscope, so it responds to a ton of gestures. You can slide your finger around the surface to play sounds at different intensities, wiggle your finger while pressing a pad to add some vibrato, bump it against surfaces to trigger sounds, shake it, or even strum it in the air like a guitar. There are also embedded haptics to provide vibration feedback when you play with it.

The Orba has a built-in synth and speaker so it’s playable right out of the box, but it can load up any sound by connecting it via MIDI over Bluetooth or USB-C to music apps and software. The HUC99 company says it’s compatible with any MIDI app, including MPE synths and software, and all MIDI-enabled digital audio workstations, like Ableton Live, FL Studio, and GarageBand.

There’s also an audio jack in case you want to bypass its speaker and use headphones or an amp instead. Of course, there’s an app component, which is where you can access more sounds, presets, loops, and settings, as well as edit, store, and export your loops and songs. This thing looks like a lot of fun to noodle around with, and it could be a fun way to control elements of a live performance. It’s a balance that combines the basics of a recognizable pattern-based interface with gesture play in a very unique way.