Telnet is Robot Framework's standard library that makes it possible to connect to Telnet servers and execute commands on the opened connections.

The first step of using Telnet is opening a connection with Open Connection keyword. Typically the next step is logging in with Login keyword, and in the end the opened connection can be closed with Close Connection.

It is possible to open multiple connections and switch the active one using Switch Connection. Close All Connections can be used to close all the connections, which is especially useful in suite teardowns to guarantee that all connections are always closed.

After opening a connection and possibly logging in, commands can be executed or text written to the connection for other reasons using Write and Write Bare keywords. The main difference between these two is that the former adds a configurable newline after the text automatically.

After writing something to the connection, the resulting output can be read using Read, Read Until, Read Until Regexp, and Read Until Prompt keywords. Which one to use depends on the context, but the latest one is often the most convenient.

As a convenience when running a command, it is possible to use Execute Command that simply uses Write and Read Until Prompt internally. Write Until Expected Output is useful if you need to wait until writing something produces a desired output.

The ANSI escape codes, like cursor movement and color codes, are normally returned as part of the read operation. If an escape code occurs in middle of a search pattern it may also prevent finding the searched string. Terminal emulation can be used to process these escape codes as they would be if a real terminal would be in use.

Many aspects related the connections can be easily configured either globally or per connection basis. Global configuration is done when library is imported, and these values can be overridden per connection by Open Connection or with setting specific keywords Set Timeout, Set Newline, Set Prompt, Set Encoding, Set Default Log Level and Set Telnetlib Log Level.

Timeout defines how long is the maximum time to wait when reading output. It is used internally by Read Until, Read Until Regexp, Read Until Prompt, and Login keywords. The default value is 3 seconds.

Connection Timeout defines how long is the maximum time to wait when opening the telnet connection. It is used internally by Open Connection. The default value is the system global default timeout.

Newline defines which line separator Write keyword should use. The default value is CRLF that is typically used by Telnet connections.

Newline can be given either in escaped format using \n and \r or with special LF and CR syntax.

Often the easiest way to read the output of a command is reading all the output until the next prompt with Read Until Prompt. It also makes it easier, and faster, to verify did Login succeed.

To ease handling text containing non-ASCII characters, all written text is encoded and read text decoded by default. The default encoding is UTF-8 that works also with ASCII. Encoding can be disabled by using a special encoding value NONE. This is mainly useful if you need to get the bytes received from the connection as-is.

Notice that when writing to the connection, only Unicode strings are encoded using the defined encoding. Byte strings are expected to be already encoded correctly. Notice also that normal text in test data is passed to the library as Unicode and you need to use variables to use bytes.

It is also possible to configure the error handler to use if encoding or decoding characters fails. Accepted values are the same that encode/decode functions in Python strings accept. In practice the following values are the most useful:

Default log level specifies the log level keywords use for logging unless they are given an explicit log level. The default value is INFO, and changing it, for example, to DEBUG can be a good idea if there is lot of unnecessary output that makes log files big.

Configuring default log level in importing and with Open Connection are new features in Robot Framework 2.7.6. In earlier versions only Set Default Log Level could be used.

Window size for negotiation with the server can be configured when importing the library and with Open Connection.

Telnet protocol allows the USER environment variable to be sent when connecting to the server. On some servers it may happen that there is no login prompt, and on those cases this configuration option will allow still to define the desired username. The option environ_user can be used in importing and with Open Connection.

Starting from Robot Framework 2.8.2, Telnet library supports terminal emulation with Pyte. Terminal emulation will process the output in a virtual screen. This means that ANSI escape codes, like cursor movements, and also control characters, like carriage returns and backspaces, have the same effect on the result as they would have on a normal terminal screen. For example the sequence acdc\x1b[3Dbba will result in output abba.

Terminal emulation is taken into use by giving terminal_emulation argument a true value (see Boolean arguments) either in the library initialization or with Open Connection.

As Pyte approximates vt-style terminal, you may also want to set the terminal type as vt100. We also recommend that you increase the window size, as the terminal emulation will break all lines that are longer than the window row length.

When terminal emulation is used, the newline and encoding can not be changed anymore after opening the connection.

As a prerequisite for using terminal emulation, you need to have Pyte installed. Due to backwards incompatible changes in Pyte, different Robot Framework versions support different Pyte versions:

All keywords that read something log the output. These keywords take the log level to use as an optional argument, and if no log level is specified they use the configured default value.

The valid log levels to use are TRACE, DEBUG, INFO (default), and WARN. Levels below INFO are not shown in log files by default whereas warnings are shown more prominently.

The telnetlib module used by this library has a custom logging system for logging content it sends and receives. By default these messages are written using TRACE level. Starting with Robot Framework 2.8.7 the level is configurable with the telnetlib_log_level option either in the library initialization, to the Open Connection or by using the Set Telnetlib Log Level keyword to the active connection. Special level NONE con be used to disable the logging altogether.

Timeouts and other times used must be given as a time string using format like 15 seconds or 1min 10s. If the timeout is given as just a number, for example, 10 or 1.5, it is considered to be seconds. The time string format is described in more detail in an appendix of Robot Framework User Guide.

Some keywords accept arguments that are handled as Boolean values true or false. If such an argument is given as a string, it is considered false if it is either an empty string or case-insensitively equal to false, noneor no. Other strings are considered true regardless their value, and other argument types are tested using the same rules as in Python. 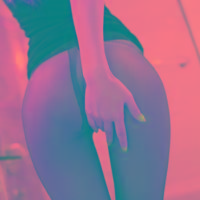