The Keras functional API is the way to go for defining complex models, such as multi-output models, directed acyclic graphs, or models with shared layers.

This guide assumes that you are already familiar with the Sequential model.

Let's start with something simple.

The Sequential model is probably a better choice to implement such a network, but it helps to start with something really simple.

With the functional API, it is easy to re-use trained models: you can treat any model as if it were a layer, by calling it on a tensor. Note that by calling a model you aren't just re-using the architecture of the model, you are also re-using its weights.

Here's a good use case for the functional API: models with multiple inputs and outputs. The functional API makes it easy to manipulate a large number of intertwined datastreams.

Let's consider the following model. We seek to predict how many retweets and likes a news headline will receive on Twitter. The main input to the model will be the headline itself, as a sequence of words, but to spice things up, our model will also have an auxiliary input, receiving extra data such as the time of day when the headline was posted, etc. The model will also be supervised via two loss functions. Using the main loss function earlier in a model is a good regularization mechanism for deep models.

Let's implement it with the functional API.

The main input will receive the headline, as a sequence of integers (each integer encodes a word). The integers will be between 1 and 10,000 (a vocabulary of 10,000 words) and the sequences will be 100 words long.

Here we insert the auxiliary loss, allowing the LSTM and Embedding layer to be trained smoothly even though the main loss will be much higher in the model.

At this point, we feed into the model our auxiliary input data by concatenating it with the LSTM output:

This defines a model with two inputs and two outputs:

We compile the model and assign a weight of 0.2 to the auxiliary loss. To specify different loss_weights or loss for each different output, you can use a list or a dictionary. Here we pass a single loss as the loss argument, so the same loss will be used on all outputs.

We can train the model by passing it lists of input arrays and target arrays:

Since our inputs and outputs are named (we passed them a "name" argument), We could also have compiled the model via:

Let's consider a dataset of tweets. We want to build a model that can tell whether two tweets are from the same person or not (this can allow us to compare users by the similarity of their tweets, for instance).

One way to achieve this is to build a model that encodes two tweets into two vectors, concatenates the vectors and adds a logistic regression of top, outputting a probability that the two tweets share the same author. The model would then be trained on positive tweet pairs and negative tweet pairs.

Because the problem is symmetric, the mechanism that encodes the first tweet should be reused (weights and all) to encode the second tweet. Here we use a shared LSTM layer to encode the tweets.

Let's build this with the functional API. We will take as input for a tweet a binary matrix of shape (140, 256), i.e. a sequence of 140 vectors of size 256, where each dimension in the 256-dimensional vector encodes the presence/absence of a character (out of an alphabet of 256 frequent characters).

To share a layer across different inputs, simply instantiate the layer once, then call it on as many inputs as you want:

Let's pause to take a look at how to read the shared layer's output or output shape.

The concept of layer "node"

Whenever you are calling a layer on some input, you are creating a new tensor (the output of the layer), and you are adding a "node" to the layer, linking the input tensor to the output tensor. When you are calling the same layer multiple times, that layer owns multiple nodes indexed as 0, 1, 2...

In previous versions of Keras, you could obtain the output tensor of a layer instance via layer.get_output(), or its output shape via layer.output_shape. You still can (except get_output() has been replaced by the property output). But what if a layer is connected to multiple inputs?

As long as a layer is only connected to one input, there is no confusion, and .output will return the one output of the layer:

Not so if the layer has multiple inputs:

Okay then. The following works:

The same is true for the properties input_shape and output_shape: as long as the layer has only one node, or as long as all nodes have the same input/output shape, then the notion of "layer output/input shape" is well defined, and that one shape will be returned by layer.output_shape/layer.input_shape. But if, for instance, you apply a same Convolution2D layer to an input of shape (3, 32, 32), and then to an input of shape (3, 64, 64), the layer will have multiple input/output shapes, and you will have to fetch them by specifying the index of the node they belong to:

Code examples are still the best way to get started, so here are a few more.

For more information about the Inception architecture, see Going Deeper with Convolutions.

Residual connection on a convolution layer

This model re-uses the same image-processing module on two inputs, to classify whether two MNIST digits are the same digit or different digits.

This model can select the correct one-word answer when asked a natural-language question about a picture.

Now that we have trained our image QA model, we can quickly turn it into a video QA model. With appropriate training, you will be able to show it a short video (e.g. 100-frame human action) and ask a natural language question about the video (e.g. "what sport is the boy playing?" -> "football"). 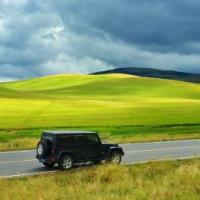