Using Automake and Autoconf with C++

Using Automake and Autoconf with C++

The automake and autoconf tools can be used to manage C++ projects under Unix. They should save a lot of time compared to writing Makefiles and configure scripts manually, while ensuring that your project is structured according to GNU standards.

However, it is difficult for beginners to get started. Hopefully, this tutorial will provide enough information for C++ programmers who are new to Unix to create their first C++ projects, while gaining a superficial understanding of what the tools are doing.

If you find any problem with this page, we welcome feedback or patches against the example code, which can be downloaded from the Gitorious project page. Either send a merge request or emailmurrayc@openismus.com.

The make tool can be used to manage multi-file projects. make uses the Makefile file in your project folder, which lists the various compiling and linking steps, targets, and dependencies. make is well explained in C-Scene: Multi-File Projects and the GNU Make Utility.

A configure script can be used to aid cross-platform compiling. A suitable configure script should interpret a Makefile.in file and then create a platform-specific Makefile file. It will do this after performing several tests to determine the characteristics of the platform.

This allows a user to type ./configure and then make to compile a project on her system.

Obviously most well-written Makefiles and configure scripts will look very similar. In fact, GNU provide guidelines about what should be in these files. Therefore, GNU created automake and autoconfto simplify the process and ensure that the Makefile and configure script conform to GNU standards.

Here is a brief explanation of how these tools are used. You can see examples of the files used by these tools in the Example Files section.

Note: These tools use the M4 programming language. aclocal adds aclocal.m4 to your project directory, which defines all M4 macros which are used by the configure script.

autoconf looks for a file called configure.ac (or configure.in for backward compatibility). It then runs the M4 macro processor to create the configure script.

Whenever you add a macro call to configure.ac, aclocal should be executed as well as autoconf, because aclocal scans configure.ac to find which macros it should provide. However, nowadays one can simply run the autoreconf utility, which takes care of those details automatically.

Lines which every configure.ac should have

The AC_INIT macro initializes autoconf with information about your project, including the project name, version number, bug-reporting address, tarball name and the project homepage.

AC_PROG_CXX checks for a C++ compiler. If your project uses C, you can check for a C compiler withAC_PROG_CC.

AC_CONFIG_FILES lists the files to be generated by configure. By default, each file is generated from a template file of the same name but with an .in extension appended.

The AC_CONFIG_HEADERS([config.h]) line indicates that you will be using a config.h file. autoconfwill then need a config.h.in file, which it processes to create the config.h file. The generated header is included by your source code to pick up the results of the various configuration tests in the form of C preprocessor macro definitions.

The template file config.h.in can also be generated automatically by the autoheader tool.autoreconf will invoke autoheader when AC_CONFIG_HEADERS is used in configure.ac. If multiple configuration headers are used, autoheader will always only generate the template for the first one in the list.

automake looks for a file called Makefile.am. It then creates a Makefile.in, based on the macros which it finds. This is later used by the configure script (see above).

GNU-style projects, or not

Because automake tries to make a GNU-style project by default, it will add a COPYING file and complain if some other necessary informative text files are missing. For the moment, you can create blank files with the following command, and fill them in later:

If you do not want these GNU-style files, then you could add the 'foreign' argument to your AM_INIT_AUTOMAKE call in configure.ac instead:

Telling automake about your source files

Note that the name of the variable hello_SOURCES is prefixed with the name of the target defined by the assignment to bin_PROGRAMS. This is a common practice with autoconf and automake. Similarly, the prefix of the bin_PROGRAMS variable also has a meaning: It refers to the predefined variable bindir, which defines the installation directory for user-visible executable files.

Assuming that you have written appropriate Makefile.am and configure.ac files (there are examples below), you should be able to build your project by entering the following commands:

Just repeat the last three steps to completely reconfigure the project. Most projects kept in version control have an autogen.sh script that runs everything up to the configure step. This is done to provide a standard means for generating the build files from scratch, as generated files should never be put under version control. Release tarballs ship with pre-generated configure and Makefile.infiles, so that the installer does not need to have autoconf or automake installed.

Project files should, of course, be organised in subdirectories. Ideally, all of the source files should be in a directory called 'src' in the project directory, with all of the other files (such as Makefiles, configure scripts, and READMEs) separate at the top. Projects which have several levels of directories are called 'deep' projects. The necessary steps are listed here, but you should look at the Example Files section to see them in context.

Here are some example configure.ac and Makefile.am files. They are sufficient to manage a C++ project which only uses the C++ Standard Library.

The example uses non-recursive Makefile rules, which makes things simpler and allows faster builds. Many existing projects use recursive make, with a Makefile.am in each subdirectory. That generates a small non-installed library in each directory, which must be linked together (in the right order) into a binary. This is one of the main problems with recursive make.

See the automake and autoconf manuals in the recommended reading section for information on the macros and variable names used in these files.

These examples are for a 'deep' project with the following structure:

You may download the helloworld_cc-0.5.tar.gz tar archive of the simple example project, or browse through the source at Gitorious.

We know of the following translations of this article: 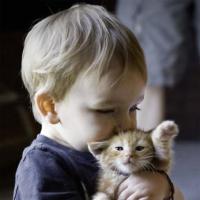