These commands will run the configure step, produce VC++ makefiles and workspace files, and pack it all into a .zip file in the directory above the source directory [4]. The .zip file is all ready to transfer to the target Windows machine to be unzipped and compiled. Or, if you run the sh/make steps in Cygwin, you are already on the target machine so you don't need the .zip file.

When you have the Win32 sources transferred to a Windows machine with VC++, find the workspace file called bochs.sln in the folder "vs2013" and load it in VC++. Choose Project:Set Active Project and be sure that "bochs" is selected. Then choose Build:Build bochs.exe. This will build all the required libraries (iodev, cpu, etc.) and the auxiliary programs bximage.exe, bxhub.exe and niclist.exe.

Using workspaces is easy and intuitive, but there is one caveat. The workspaces come directly out of a ZIP file in build/win32/vs2013ex-workspace.zip, and they are not controlled by the configure script. When you compile with certain configure options (e.g. --with-sdl) you need to link with additional libraries. For now you must add them to the VC++ workspace by hand. In version 2.0, we have improved the situation considerably by adding #if...#endif around every optional file and including nearly every Bochs source file in the workspace. This solves the problem of having to manually add source files to the workspace when you turn on configure options such as --enable-debugger. The problem of adding link libraries remains unresolved.

Tip: To compile with the Bochs debugger enabled, add --enable-debugger to the configure line in .conf.win32-vcpp before running it. No modifications to the workspace are necessary.

An alternative way to compile is to run nmake.exe in an MS-DOS window. Instead of using the workspace files, nmake uses the Bochs makefiles that are generated by configure. The nmake method is currently used to build the release binaries.

The make install doesn't work with nmake yet. Currently it must be run inside of Cygwin or MinGW/MSYS and requires the environment variable INSTDIR to be set. 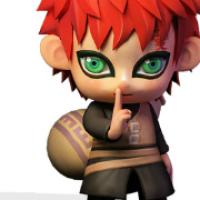