Introduction
What if you want to connect some kind of SPI device to your OpenWrt device? Perhaps a microcontroller (AVR/Arduino, PIC, etc).
I recently worked on a project where i needed to have a web user interface and control an IR led emitter to emulate a remote. I considered that using an Arduino + Ethernet shield + some kind of flash storage + power supply + container box would cost me more than a TP-LINK MR3020 plus a bunch of components.

It turns out that the Linux kernel already has some modules to bitbang an SPI over the GPIO pins (spi-gpio + spi-bitbang) and also a module to expose the SPI to userland so that it can be accessed by our programs or scripts (spi-dev).
BUT there’s a problem. This stuff is not “directly” usable: it is used by other kernel drivers. We don’t have a way to dynamically say “hey, i want an SPI on those pins”. Instead we would need to rebuild the kernel adding some custom code to declare this SPI bus and also devices connected to it.
I don’t like the idea to recompile the kernel for something like this. I probably want to use this small linux box for tests, POCs, different projects, and i don’t want to rebuild the kernel and flash a new image each time.
So, i made a kernel module that allows to configure on-the-fly an SPI bus and its nodes. You can use it on a stock Attitude Adjustment image, without reflashing or recompiling anything.

By the way, if you wonder how fast this SPI can be, my tests show that it can go something above 1 MHz. Not bad at all.

Installation
I have submitted a patch to the OpenWrt developers. They may add it to the next release (not sure honestly) and be installable with opkg. But in the meantime i have built the module for the various platforms on Attitude Adjustment and you can install it manually.

Click here to download the kernel module.
Copy the file spi-gpio-custom.ko for your platform in /lib/modules/<kernel version>/ (TP-Link is ar71xx – for other boards it’s the same of the image you have downloaded) Run opkg install kmod-spi-gpio Run opkg install kmod-spi-dev UPDATE the patch has been included in OpenWrt trunk, so it is now available in nightly builds and will be in future releases starting from Barrier Breaker.
The installation is straightforward:

Usage You can use the module to configure up to 4 buses with up to 8 devices each, according to the parameters that you use when loading the module.

The command you’ll use is:

Your platform will have GPIOs numbered in a certain range, for example 0-50 or 400-900 (see the OpenWrt Wiki for your router). Anything outside that range is an “invalid value” per the notes above.

For each device a file on /dev will created, named spidev<bus id>.<dev id>. For example, /dev/spidev1.0

Admittedly, it’s not easy to remember. But reading that reference when you want to change something is still less annoying than rebuilding and reflashing everything, right?

Examples We all know, examples make everything so much easier to understand. (examples are for a TP-Link MR3020)

This will result in:
/dev/spidev1.0

Transferring data Ok, now how do we transfer data?

Simplex communication is done by just writing and reading that /dev file. For example,

For full duplex data transfer you need to use ioctl calls. See the spi-dev documentation. You can also see an example here.

Troubleshooting If something fails, insmod will give you a description of the fault code, which is very generic and will usually tell you nothing about what happened.
To understand what’s wrong, see the kernel log running dmesg.

If you want to change your configuration, you need to unload the module and reload it with different parameters:

Last, but not least, remember to unload other modules that may keep the gpio busy, for example leds_gpio: 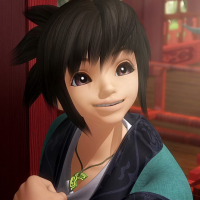