In a few cases, what initialization means depends upon whether we use curly braces or parentheses to pass the initializer(s). For example, when we initialize a vector< int > from a single int value, that value might represent the vector’s size or it might be an element value. Similarly, if we supply exactly two int values, those values could be a size and an initial value, or they could be values for a two-element vector. We specify which meaning we intend by whether we use curly braces or parentheses:

When we use parentheses, we are saying that the values we supply are to be used to construct the object. Thus, v1 and v 3 use their initializers to determine the vector’s size, and its size and element values, respectively.

Adding Elements to a vector

The push_back operation takes a value and “pushes” that value as a new last element onto the “back” of the vector.

We use the same approach when we want to create a vector where we don’t know until run time how many elements the vector should have. For example, we might read the input, storing the values we read in the vector:

Again, we start with an initially empty vector. This time, we read and store an unknown number of values in text.

Starting with an empty vector and adding elements at run time is distinctly different from how we use built-in arrays in C and in most other languages. In particular, if you are accustomed to using C or Java, you might expect that it would be best to define the vector at its expected size. In fact, the contrary is usually the case.

In addition to push_back, vector provide only a few other operations, most of which are similar to the corresponding operations on strings.

We access the elements of a vector the same way that we access the characters in a string: through their position in the vector. For example, we can use a range for to process all the elements in a vector:

The output should be

To use size_type, we must name the type in which it is defined. A vector type always includes its element type:

Subscripting Does Not Add Elements

Programmers new to C++ sometimes think that subscripting a vector adds elements; it does not. The following code intends to add tem elements to ivec:

However, it is in error: ivec is an empty vector; there are no elements to subscript! As we’ve seen, the right way to write this loop is to use push_back:

The subscript operator on vector (and string) fetches an existing element; it does not add an element.

Subscript Only Elements that are Known to Exist!

It is crucially important to understand that we may use the subscript operator (the [] operator) to fetch only elements that actually exist. For example,

It is an error to subscript an element that doesn’t exist, but it is an error that the compiler is unlikely to detect. Instead, the value we get at run time is undefined.

Attempting to subscript elements that do not exist is, unfortunately, an extremely common and pernicious programming error. So-called buffer overflow errors are the result of subscripting elements that don’t exist. Such bugs are the most common cause of security problems in PC and other applications. 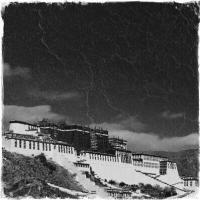