Images of Hong Kong's protests are being suppressed on the internet in mainland China, and 100,000 people in Hong Kong have joined a new social network that operates "off-the-grid".

In Hong Kong, pro-democracy demonstrators are looking for new ways to communicate.

News about the protests in Hong Kong have been suppressed in mainland China, where the picture sharing site Instagram has been blocked. Messages posted to Sina Weibo, a Chinese microblogging site similar to Twitter, are being blocked in far greater numbers than normal. And on Sunday, rumours reportedly circulated that the authorities in Hong Kong might shut down the city's cellular networks.

In response, a different type of social network has come to the fore. The Firechat app allows smartphone users to talk to one another "off-the-grid", in the absence of a mobile signal or access to the internet. By making use of Bluetooth and Wi-Fi, messages are spread in a daisy chain fashion, jumping from one user to the next. The system is particularly effective when large numbers of people are congregated together - like at a music festival, or a political protest.

Micha Benoliel, CEO of Open Garden, the firm that makes the app, tells BBC Trending there has been a huge surge in downloads from Hong Kong, as more than 100,000 new accounts have been created in less than 24 hours. Usage spiked during protests in Taiwan and Iran earlier this year, but never before on this scale, says Benoliel. 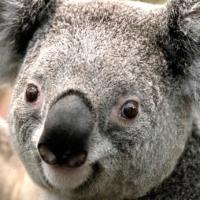