Background
Charlie Darkbrown sits in another one of those boring Computer Science lessons: At the moment the teacher just explains the standard Tower of Hanoi problem, which bores Charlie to death!

The teacher points to the blackboard (Fig. 4) and says: "So here is the problem:

There is no input.

For each n (1 <= n <= 12) print a single line containing the minimum number of moves to solve the problem for four towers and n disks. 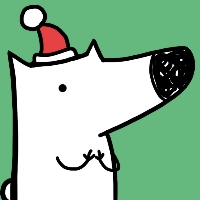