Video BIOS is the BIOS of a graphics card in a (usually IBM PC-derived) computer. It also implements Int 10h interrupt[1] for basic text and videomode output before specific video driver is loaded.

Unlike some other hardware components, the video card usually needs to be active very early during the boot process so that the user can see what is going on. This requires the card to be activated before any operating system begins loading; thus it needs to be activated by the BIOS, the only software that is present at this early stage. The system BIOS loads the video BIOS from the card's ROM into system RAM and transfers control to it early in the boot sequence.[3]

Early PCs contained functions for driving MDA and CGA cards in the system BIOS, and those cards did not have any Video BIOS built in. When the EGA card hit the market in 1984, the Video BIOS was introduced to make these cards compatible with existing PCs whose BIOS did not know how to drive an EGA card. Ever since, EGA/VGA and all enhanced VGA compatible cards have included a Video BIOS.

When the computer is started, some graphics cards (usually certain Nvidia cards) display their vendor, model, BIOS version and amount of graphics memory.

The "Video Mode Selection" feature which allows the use of various special video modes supported by the video BIOS. The video mode to be used is selected by a kernel parameter which can be specified in the kernel Makefile (the SVGA_MODE=... line) or by the "vga=..."。 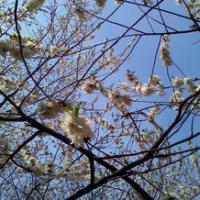