What is a manifold?

A manifold is a concept from mathematics that has nothing to do with physics a priori.

The idea is the following: You have probably studied Euclidean geometry in school, so you know how to draw triangles, etc. on a flat piece of paper. In contrast to common parlance, let’s take “space” to mean anything with a number of points. The Euclidean plane (R2R2) or your piece of paper are a “space”, the 3d-space around you is a “space” or the surface of the world is a “space” (caveat: Actually, I want to define a topological space, which is not “everything with a number of points”, but let’s not get distracted here).

Now, if you look at the surface of the sphere, it’s definitely not a Euclidean space: In Euclidean geometry, the sum of every angle in a triangle is 180° which is not true for the surface of a ball, a sphere. However, if you only look at a small patch of the sphere, it is approximately true. For instance, you perceive the earth as flat although it isn’t if you look from above.

The cool thing about manifolds is that this property of looking like Euclidean space locally makes it possible to describe them completely using only Euclidean spaces. Since we know Euclidean space very well, that’s a good thing. For instance, you can take a map of England - since the word “map” is used differently in mathematics, let’s call it a “chart”. This is a perfectly good way of describing England, although it really is part of a round object. You can patch a lot of these charts together to get a whole atlas covering the earth which gives you a nice description of the earth using only 2d pieces of paper. Obviously, you’ll need more than one chart to cover the whole earth without doubling certain points and obviously, if the chart covers a very large area, it will look very distorted at some places, but it’s possible as you can see.

And that’s a manifold. It’s some space where you can create an atlas of charts, each of which is a (part of a) Euclidean space describing a part of the space. Okay, not quite: what you want of the manifold is that you can get from chart to chart with a nice operation. For instance, in your atlas of the earth, some charts will overlap and points in the overlap that are close together on one chart will be close together on the other chart. In other words, you have a map between the overlapping regions of any two charts and that map is continuous (at that point you get a topological manifold) or even differentiable (at that point you get a differentiable manifold).

By now, it should be obvious to you that it should be possible to say that the space around us is a Euclidean manifold. It seems perfectly accurate to describe it using R3R3 locally, as you have probably done in school. And that’s also how manifolds enter relativity: If you add the time dimension, it turns out to be a good guess, that you can still model the space + time as a four dimensional manifold (meaning every chart looks like R4R4 locally).

Why model spacetime with manifolds?

[Aside: Before answering this question, I want to mention that although I talked about things like distances and angles before, you don’t necessarily have these concepts on an arbitrary manifold because it might be impossible to define something like this for your underlying “space”, but if you have a “differentiable manifold” (meaning that the functions that get you from chart to chart in the overlapping regions are differentiable), then you do. At that point, it becomes possible to speak about distances. For physics, especially general relativity, you always have a notion of distances and angles.]

Back to the problem of shortest distance: In RnRn, the answer is pretty simple. The smallest path between two lines is the straight line between them. But on a sphere? In order to define this, you first need a distance on the sphere. But how to do this? At that point I’d already know what the shortest distance is!

Here is one idea: If you consider a flight from London to Buenos Aires (for example), what’s the “shortest path”? Well, the earth is more or less a sphere in some R3R3. That’s a Euclidean space, so you know how to compute distances there, so the shortest path is just the smallest distance of all possible paths. Easy. However, there is a problem: This only works because we have some ambient three dimensional space. But that doesn’t have to be the case - indeed our own “space” doesn’t seem to be embedded in some four spatial dimensions dimensional hyperspace (or whatever you want to call it).

Here is another idea: Your manifold locally looks like a Euclidean space where the answer is simple. What if you only define your distance locally and then somehow patch it together so that it makes sense?

The beautiful thing is that a differentiable manifold gives you tools to do that. This way, you can create a measure of distance (called a Riemannian metric), which allows you to calculate shortest paths between points even without ambient spaces. But it doesn’t stop there. What are parallel lines? What happens to a local coordinate system? For instance, if you fly with your plane, it seems that you are always looking ahead, yet your field of view doesn’t go in a straight line, how does your field of view change going along a path? Once you have your metric, it’s all straightforward.

It should be clear that all of these questions are questions that you can ask about the space(time) surrounding you - and you’d want the answer to them! It also seems natural that you should actually be able to answer these questions for our universe.

So, what’s the metric of our space? Can we just patch it together locally? Well, we could, but it’s not going to be unique, so how to decide what is the right metric? That’s exactly what general relativity is about: The fundamental equations of general relativity tell us how the distance measure in space time is related to matter and energy.

A little bit more about topology (in case you are interested)

Finally, if you want to learn more about the “space” aspect that I left out above, let’s have a closer look there. What you want is not any set of points, but a set of points which has neighbourhoods for every point. You can think of a neighbourhood of a point as a number of points which are somehow “near” the point. Just like in real life, your neighbourhood could be really big, it could comprise all of the space, it mustn’t even be connected, but it must somehow always comprise the points immediately “next to” you. In fact, if you have a distance measure such as the usual Euclidean distance in RnRn, then a set of neighbourhoods is given by all balls of all sizes around any point. However, you can define these neighbourhoods also without having a distance measure, but you can still somehow think of “nearness”.

These spaces are enough to let you define “continuous functions”, where a function is continuous at a point, if all points “near” this point (meaning in some neighbourhood) stay “near” to the point after the mapping (meaning they are mapped into some neighbourhood again). Usually and especially for all manifolds we really want to talk about in relativity, you’d add some more conditions to the spaces to have nicer properties, but if you want to know about this, I suggest to begin learning the true mathematical definitions. There are a lot of other answers that cover the basics! 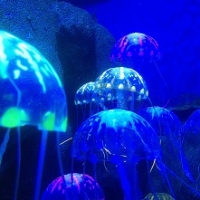